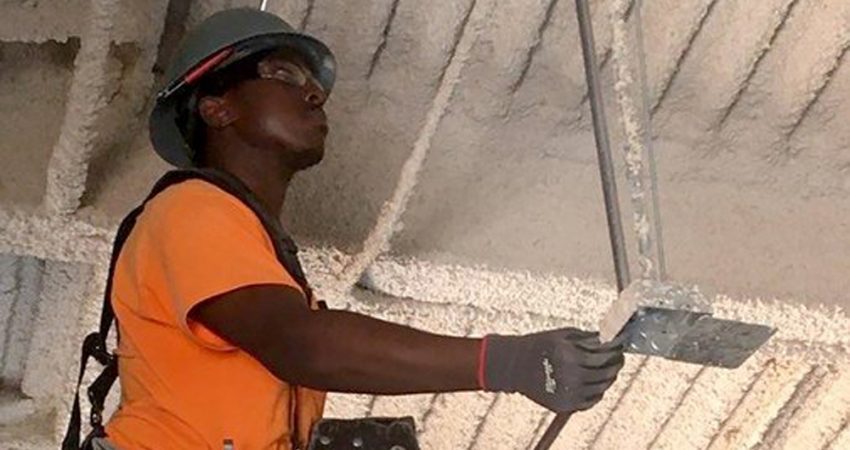 COVINGTON, Ga. — When students pour into the new Eastside High School within the next year and are able to successfully use new technology, that will mean a job well done for one local company.

Electrical Contractor Inc., based in Covington, has been tasked to make sure the entire 107-acre campus is powered, which includes everything from the classrooms and cafeteria to the football stadium and parking lots.

Dean Krontz, who is ECI’s vice-president of business services, said the company was excited to be part of the area school’s construction as part of the bid package headlined by RA-LIN and Associates of Carrollton.

“We’re always proud to do work in our own backyard,” Krontz said. “It’s a pride point that we always like to shine light on whenever we can.”

School officials said the new Eastside High School was expected to be finished by January 2022, and Krontz said everything ECI was in control of appeared to remain on track.

During a report to school board members in November 2020, the total cost for the school’s construction stood at $59.48 million.

Krontz said ECI had also been part of several other local Newton County schools’ construction, including the current Newton High School built in 2011. Since 2007, the company has played a role in building Liberty Middle School (2007), Newton College and Career Academy (2010), Newton High (2011) and Porter Auditorium (2016). Krontz said ECI’s footprint had stretched across many other school systems within the metro-Atlanta area.

Though the company completes its fair share of commercial and residential projects, the majority of ECI’s business comes through working on schools, Krontz said, and it’s a place that the company has grown to enjoy over the years.

“It’s a niche that ECI got into not only for the numerous work opportunities, but also because it’s so rewarding to know that we’re, really, helping improve our county — providing a great school for our area students,” Krontz said.

Krontz said there have been many workers visit a school to follow up on a job, and in doing so, teachers would have their students thank the worker for their role in the construction.

ECI was started by a husband and wife from Lithonia — Ken and Beth Williams, Krontz said. In 1984, the Williams’ took their electrical expertise and began working out of a single van for about three years before able to move into an office space and, eventually, moving its headquarters to Covington.

Today, ECI employs more than 100 workers, both full-time and temporary, but the company’s most significant growth has come within the last 10 years, Krontz said.

Despite the company’s growth, ECI tries to stay involved and hold a local presence within the Newton County community by hosting networking events and offering apprenticeship programs to help residents prepare for the workforce and find employment.

“Most of us who work here, live here in Newton County, too,” ECI Media Assistant Crystal Rogers said. “We love to be involved with the county and want to always continue that and give back in the ways that we can.”

NOTE: We have reposted this article with permission from The Covington News.
You can find the original article here:

The Director of Sales should be prepared to work in a team environment and will be engaged in various aspects of general business, sales and marketing. Some job training will be provided however, candidate should have some prior experience as described below.

*Some remote work is acceptable.*

The Field Installation Lead should be prepared to work in a team environment and will be engaged in various aspects of performing installation of low voltage cable and devices. Some job training will be provided however, candidate should have prior experience as described below.

The Project Manager should be prepared to work in a team environment and will be engaged in various aspects of managing installation of low voltage cable, devices. Candidate will be required to work in the field with team as required. Some job training will be provided however, candidate should have prior experience as described below.

Experienced Electricians needed. Prefer to have commercial experience. Experience in new construction and renovation of schools is a plus. Competitive hourly pay (pay based on experience). Benefits include medical insurance, paid holidays, vacation, and more. Foremen positions available also. Please read skill set description thoroughly before applying. Must be willing to work in metro-Atlanta and surrounding areas.

Applicants must have reliable transportation and have the following skill set at a minimum:

ADDITIONAL RESPONSIBILITIES FOR A FOREMAN APPLICANT:

Able to communicate and work well with General Contractor on job site.
Able to manage a team of 5 – 25 employees while maintaining high productivity
Responsible for all aspects of job from start to finish.

We need qualified conduit runners to run EMT in commercial buildings in the area (schools, etc) who can produce at a fast pace. Qualified conduit runners will have a minimum of 6 months commercial or industrial electrical experience and reliable transportation. Must have all your own hand tools. Pay depends on level of performance.  If you do not have experience in running conduit, please do not apply for this position.

No experience necessary, but construction experience is a plus.  Pay based on experience.  You must have your own transportation. You will need basic tools: tape measure; channel locks; box cutter; sharpie; screwdrivers; tool pouch; hard hat; safety glasses; safety vest. This is a construction environment – working outdoors and indoors without AC or heat, in rain and sunshine. May require anything from digging a ditch to pulling wire through conduit. This job is not for someone who is looking for office work or clean bathrooms. MUST have transportation. Our job sites are all over the metro-Atlanta area. From Marietta to Stockbridge, Athens to Austell and anywhere in between.